Apparently people like book recommendations, so welcome to the ones (some of the ones) stuck in my brain. Note: Not every book will work for every reader. But these are books that grabbed a spot in my brain and have never moved out.

A little bit of everything. In no particular order. Those of you who have hung around this weblog for the ten plus years it has been drifting in and out of existence will have heard me mention some of these. But probably not all.

This is, simply put, my favorite historical novel of all time. It’s not a quick read, but it is tremendously rewarding. And funny. And moving. And you’ll learn a ton about 15th century Europe.

Reading this book as a twelve year old, I remember how the imagery struck me. It was the first time that the language lifted itself off the page, and I never forgot what that felt like. It’s a quiet but very moving story. I re-read it a couple years ago, and I was glad to find out that I hadn’t outgrown it.

Howard Zinn. xxxx. A People’s History of the United States.

This novel is set in Brooklyn and NYC post WWII. I thought about it for months after first reading it, and still think about it quite often. It’s the juxtaposition of innocence (Stingo) and despair (Sophie), and the way that tragedy blossoms on the page where they meet. 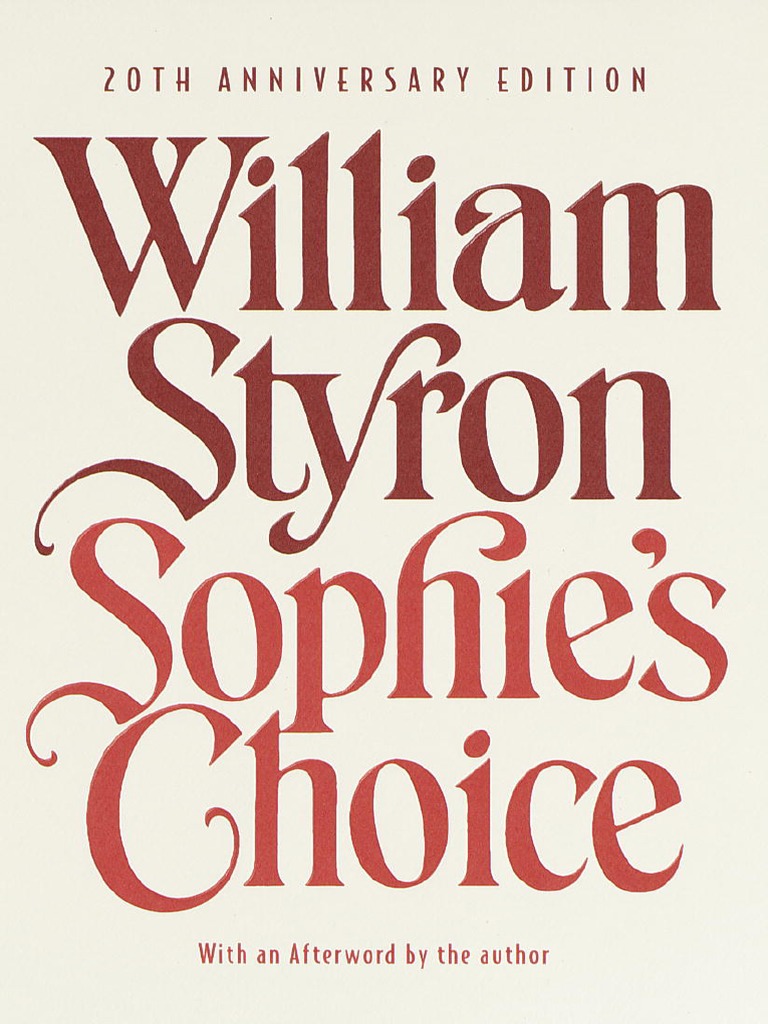 This is a quirky beautifully constructed love story about man who is rescued, against all expectations, from his loneliness. Proulx is one of the few truly original stylists writing today.

Jacquelyn Mitchard is about my age; she’s from Chicago, and she has an extended Italian family (the Cappadoras) of recurring characters (they show up in at least three of her novels). For all kinds of personal reasons I love these novels, but this one I liked especially because of the main character: Sicily Coyne. At thirteen she is terribly disfigured in a fire that also kills her firefighter-father. It’s not hard to imagine what it would be like for a girl in her teens to suddenly have no face, but the story isn’t really about that. It’s about a reversal of fate and how she rebuilds a life around that reversal. I’ve re-read this novel a couple times and I’ve listened to it on unabridged audio, and every time I’m taken aback by Sicily.  The highest compliment I can pay is the strong sense that if I could, I’d love to live in a neighborhood with all these characters.

I saved my money until I could afford the next volume in the Cherry Ames series and eventually I had all of them. It’s amazing where Cherry Ames could find work as a nurse. And I loved her to distraction. I had every intention of becoming a nurse (and apparently, many nurses my age and older credit Cherry Ames with their decision to go to nursing go) until life intervened.

This is not fiction, but I have never come across a better exploration of the life of a woman who led a quiet life in the early years of the country.

You've stumbled across my official website and landed on the front page of my weblog.

My name is Rosina Lippi. I'm a former academic and tenured university professor,  writing full time since 2000. Under the pen name Sara Donati I am the author of the Wilderness series, six historical novels that follow the fortunes of a group of families living in upstate New York from about 1792-1825. A new series based on later generations of the same families was launched September 1, 2015 with The Gilded Hour. The next volume in the new series,  Where the Light Enters, was  released in 2019.

Please see the pinned post for an overview of what you'll find on this weblog, and what has been moved to the wiki  (including the FAQ page).

If you are in difficulties with a book, try the element of surprise: attack it at an hour when it isn’t expecting it.